We're passionate about saving you money. There are 3353 active voucher codes for you today.

The Travelodge IE vouchers shown on Money Saving Voucher Codes work and can be used today.

There are currently no voucher codes for Travelodge IE

Travelodge Travelodge is the UK’s fastest growing and most recognised budget hotel company. The first budget hotel brand to launch in the UK in 1985, Travelodge now operates over 380 hotels (27,330 rooms) - 11 in Ireland, three in Spain and the rest in the UK. Six and a half million people stayed with Travelodge last year and 87% of reservations are currently made online at travelodge.co.uk, where room rates start at £19 a night. The chain employs 5,500 staff. You can find a full list of Travelodge hotels with details of location, address, postcode and hotel facilities here: Full Travelodge Hotel Inventory Growth: • Travelodge has a target of 70,000 rooms (around 1,000 new hotels) by 2020 – this is the equivalent of opening a new hotel every two weeks. This will be achieved via organic growth including new build properties and regenerating existing buildings. Travelodge operates a leasehold model. Travelodge will reach its 70,000 room target via the conversion of existing hotels (one third), new build hotels (one third), and existing alternative buildings such as office blocks, residential or factories (one third). • Travelodge has 30 hotels in London with 4,749 rooms and intends to be the biggest by 2012 Olympics. Seven more hotels are currently under construction, taking Travelodge’s room stock in London up to 5,515, representing a 4% share in the capital’s hotel market. • Travelodge opened more than 20 new hotels in 2009. Locations include: Birmingham, Edinburgh, Gloucester, Bournemouth, Lowestoft, Scarborough and Newquay. Operational Highlights: • Number one hotel brand in the UK with 98% prompted brand awareness* • Business Account Card launched with 1200 accounts signed up in first three months • 87% of reservations are booked online • Occupancy in the UK was stable at 74% across the board • 5% revenue growth and 7 point increase in occupancy in existing hotels in Spain • Secured planning on 37 hotels (3,982 rooms) • Strongest hotel pipeline in UK • Travelodge will gain market share from the current economic environment as customers continue to switch from 4* and 5* hotels to the budget sector • Benefiting from key holiday periods including half terms, Easter and forward summer bookings Low pricing strategy: Travelodge is a consumer champion brand, focused on driving down prices across the hotel industry in order to encourage more people to use hotels. The budget chain’s low prices are delivered by a commitment to operational efficiency and a low cost business model. Online: 87% of reservations are made online at www.travelodge.co.uk. Rooms are available to book 12 months in advance and the site attracts 2.2 million visitors each month. In 2008 Travelodge.co.uk was identified by Hitwise UK as the most visited website in the 'Travel -Destination and Accommodation' category during 2008. As the only budget hotel company in the top 10, this recognition by Hitwise clearly indicates that as consumers are looking to cut their travel expenditure, Travelodge is the company they turn to. Product: In a bid to win more customers in the run up to the Olympics, Travelodge launched a new room and Bar Café design in 2007. The new Travelodge room has been created in a contemporary style, incorporating a red, white and blue colour scheme with zebrano rich tone furnishings and mood setting coloured lighting. Also included in the room is a digital flat screen TV and Wi-Fi. The room’s en-suite facilities have also been updated to reflect the new style. The new design is the first time the ‘no frills’ room has seen a wholesale change in design since the company’s inception in 1985. 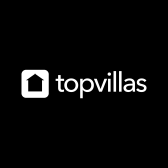 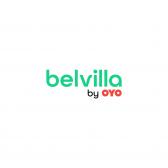